Jarrod’s Branding video is a stunning example of a multi-use video. He came to us unsure of exactly what he was looking for, but he knew he wanted to use video to market across his website and his social media platforms. After getting to know him a bit and understanding the network that he serves, we came up with the narrative of a branding video that would encompass who he was at work, and at home, so his potential clients could get a holistic view of who would be representing them.

We quickly got into a storyboarding session after having an idea of the concept he wanted to portray. In storyboarding, we mapped out all of the potential places that Jarrod wanted to include. He primarily represents buyers and sellers in a local area (Midlothian, VA) and wanted to stop by some well-known local spots, his work office, and include his home. Who he is as a father and husband plays a big role in how he conducts his business. We asked him to come to our storyboarding session with some bulleted things he wanted to say or points he wanted to make so we could assist him in forming a script. The final script served as the timeline and narrative for us to work off of. After [some time] of storyboarding, we narrowed down how much time we would have to spend at the variety of locations and prioritized the ones that we’re necessary to the vision. We reviewed his branding, music preferences, and a few other things that he desired in his final edit.

Once we had a solid timeline for our day of filming, locations in mind, and script for the audio nailed down we tackled a few other logistic details and got him scheduled. Using his own home and office made scheduling and filming those scenes a breeze. He did need some extra hands, and some willing family members. He had some friends of his volunteer to be actors (presenting as clients) so that filming with them would feel genuine. His own family made an appearance and his two little girls were nothing but angels for the camera. Jarrod wanted to add a special touch to his video and include an element of luxury, so he rented a car to be driven and featured throughout the video.

This day of filming took about 3 hours with two videographers. Selections made such as using friends/family in his video, and utilizing spaces that had minimal time constraints aided in making filming so smooth. Once we completed [the time discussed] and knew we had all of the footage to piece together his vision, we went back to the office to edit. Editing this production took about 4 hours.  After we had a perfect final product, we sent it over to Jarrod for his review. He and his team both viewed the video and had some choice words for us:

“Can you say, nailed it! I am blown away… You guys did an AMAZING job and this is exactly what I was looking for! Thank you for taking my vision and turning it into reality. I forwarded it on to some team members, and they thought it was excellent as well! They said you really captured the sincerity. It got my dad all choked-up when he watched it for the first time. So, I would say the video evokes some emotion which is what we were going for.” 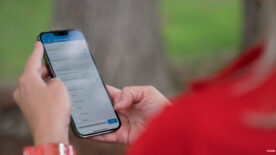 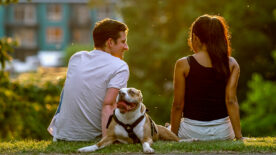 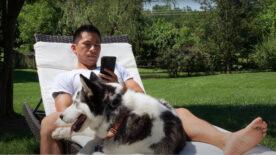